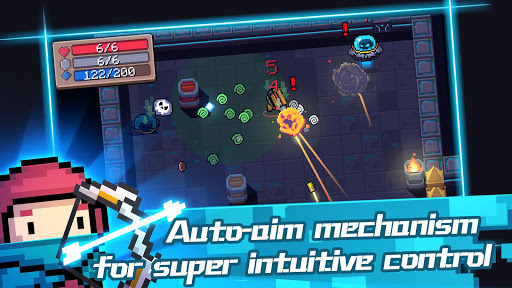 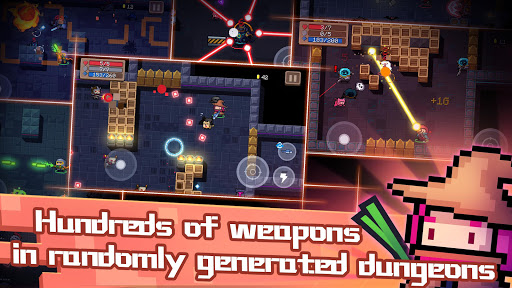 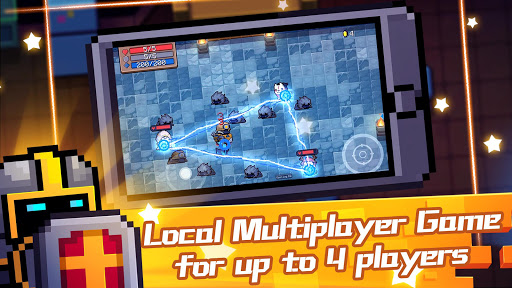 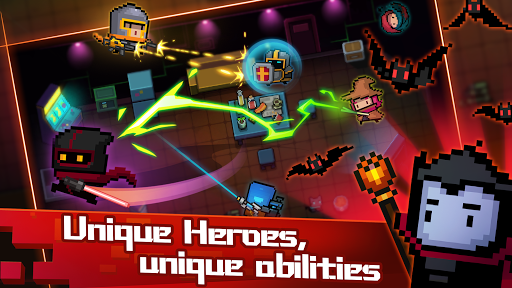 We honestly can’t keep making it all up. Let’s just shoot some alien minions!

This is the game you have always wanted in your subconscious. Explore the dungeon, collect crazy weapons, dodge bullets and shoot‘em all up! Extremely easy and intuitive control; super smooth and enjoyable gameplay, mixed with rogue-like elements.

Features:
* Unique heroes, with unique ability.
* 270+ weapons waiting for you to explore.
* Randomly generated dungeon world, new experience every time.
* NPCs that actually matter! They will fight by your side!
* Auto-aim mechanism for super intuitive control.
* Many more features that you will find out in game.

Note:
* To use the screen recording function, permission to write to external storage is required.

*The Beheaded deal higher damage to enemies they can’t knock back. *War Great Owl has higher accuracy, higher fire rate, and does not disappear unless it loses health. *Fixed the error of Druid's Nian skin. *Fixed the bug that the buff given by Mentor to Necromancer did not work. *Fixed the failed mechanism of some bosses' skills caused by Alchemist’s first skill. *Fixed repetitive falling in some special position of the Grave biome. *Fixed the error in the game complete certificate.
How to Install APK / XAPK File?
Download Soul Knight